The Magic of Killarney: the Story of my Most Memorable Backcountry Canoe Trip

About a year ago I applied for a job at an outdoor gear company and they asked me to write a story about the best outdoor adventure experience I’ve ever had. I ended writing this story and getting the job, and it still remains my most treasured experience in the backcountry. This is that story:

The Magic of Killarney 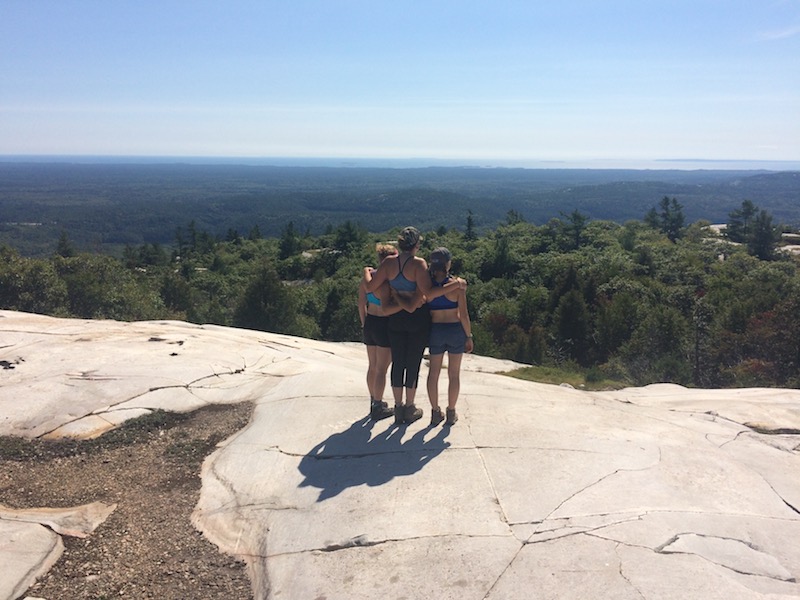 It’s not everyday one gets to see the northern lights, have a howling match with a lone wolf, laugh hysterically with your best friends around the campfire and then climb the highest peak in a provincial park all in 48 hours.

These magical events, come together to form my best camping story.

This summer I worked at Killarney Provincial Park where I spent the summer educating Park visitors about the history, ecology, and importance of the landscape that inspires outdoor enthusiasts to visit year after year. To say the least, I was obsessed with my job. Every moment of my time was spent exploring the Park, from hiking nature trails, canoeing, fishing, and biking down the highway surrounded by trees and black bears (including one that bluff charged my bike, but that’s another story in itself). Working at Killarney, I knew I had to take advantage of my time in one of the best Parks in Ontario. I proceeded to book solo interior canoe trips for every single day off I had for the months of July and August. I was able to see, and experience some of the most beautiful lakes and camping sites in the Park. Killarney became all that I could speak and think about. I couldn’t contain my excitement when a couple good friends contacted me and said they were coming up for a backcountry adventure. Little did I know, Killarney was creating magic and patiently waiting for their arrival. 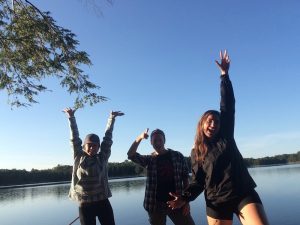 Around 8:00 pm, a coworker burst through the staff house, declaring the northern lights were on full display. I raced out the door to find that sure enough, colours were dancing on the horizon, just in time as my friends made their arrival to Killarney. We couldn’t believe we were witnessing the northern lights together and we took it as a sign of good fortune. That night we camped out together at the town lighthouse, stories of our summers faded into whispers, and eventually we drifted asleep to the sounds of waves from Georgian Bay crashing upon the rocky shore.

In the morning took down camp, loaded up our car, and headed out to Bell Lake. The skies were clear and the sun was shinning, and I was in utter contentment as I was finally sharing with them the landscape I had fallen in love with. After two portages, and paddling three lakes, we finally arrived at our site on David Lake, which was situated on sparkling turquoise water, with the white LaCloche Mountains glimmering in the distance. After a successful and fancy backcountry meal featuring steak, green beans and red wine, we sat around the fire, star gazing, our laughs echoing amongst the rocks and white pine. Mid conversation, we were interrupted by a wolf howl coming from across the lake, we gasped in excitement. One of friends, Jade, had spent the winter working at a wildlife centre with wolves, so she proceeded to have a howling match with the lone wolf. Upon realizing the wolf seemed to be getting closer, we promptly asked her to stop, which gave opportunity for a barred owl to thankfully take over the conversation. We sat on the edge of our site listening to the wolf calls fade, as the moon rose higher in the sky casting a glow on the lake. We turned to each other in disbelief at the utter magic that this trip seemed to be presenting us.

The next morning we awoke, feasting on a filling backcountry breakfast, and packed up our site as fast as we could. We paddled over to a trail head located on a portage connected to David Lake that lead up to the highest elevation in the Park called Silver Peak. Our hiking boots led us along rocky lookouts, forested valleys, and finally up the mountain for the ultimate view at the top. Breathtaking panoramic views of the Park, 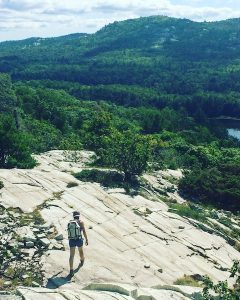 Georgian Bay, Manitoulin Island, and Sudbury left us awestruck. After having our fill of the views, we made out decent back down the trail, finally returning to our canoe and racing into the water to cool down. We were exhausted and still had our return journey back to our entry point to complete. We proceeded to paddle and portage back, encouraging each other and dreaming of the hamburgers we would cook upon our return to civilization. Our three-seater canoe was soon filled with loud singing as we belted out classics and camp songs to help us get through the last stretch.

We arrived at our entry point just as the sun was dropping over the mountains, making it back to civilization just in time for the last order of hamburgers and beers. We recounted the events of the weekend with one another, laughing and eyes glimmering with happiness, we couldn’t believe our luck. 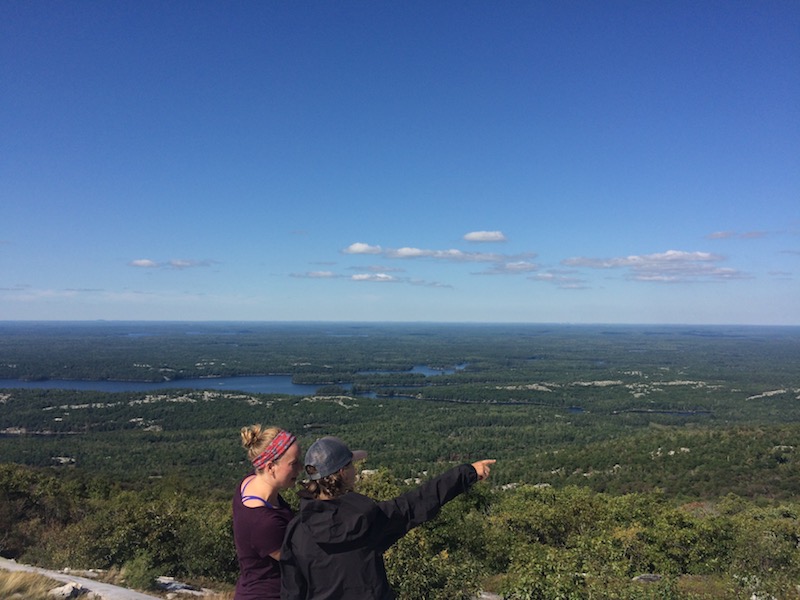 In the past 48 hours, the Park had presented its best material for my friends, and just like me they had become enraptured with Killarney. It is this reason, that it remains my best camping trip because I was able to share with them this special place that is so dear to my heart.

For more details on interior camping in Killarney Provincial Park check out their website and make sure to trip plan, book your sites online and purchase a Park map.